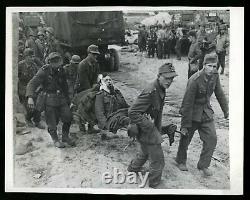 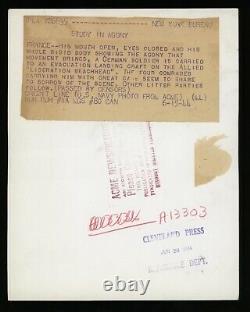 Type IV - A 2nd generation photograph (or 3rd or later generation), developed from a duplicate negative or wire transmission, during a later period (more than approximately two years after the picture was taken). Type 1 photographs are the most desirable and valuable of the four photograph types because of their vintage and originality.

Type 3 photographs are commonly reffered to as "Wire Photos". Many Type 4's were issued after 1970, either for latter-era publication of earlier original images or for the general public consumption. Duplicate negatives are produced by taking a photograph of an existing original photograph thereby creating a second negative that is of inferior quality to the original.

All photograph types are collectible; a Type 3 photograph of a Hall of Famer Mickey Mantle may be worth considerably more than a Type 1 photograph of a common player from the 1920's. If it is not authenticated already, it is guaranteed to pass PSA/DNA authentication or. Padded flat rate envelope, fully insured.

This item is in the category "Collectibles\Militaria\WW II (1939-45)\Original Period Items\United States\Photographs". The seller is "manontherock" and is located in this country: US. This item can be shipped worldwide.