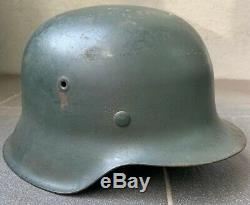 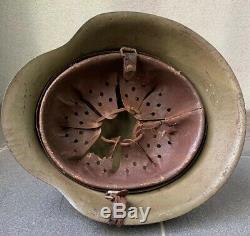 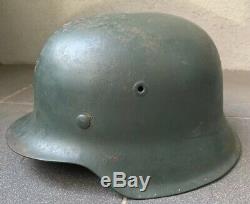 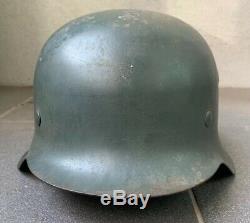 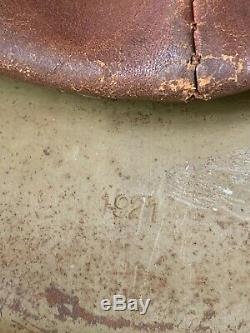 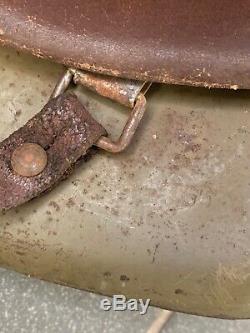 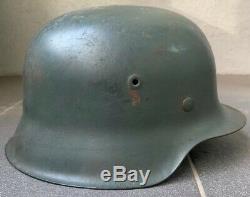 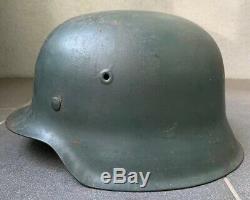 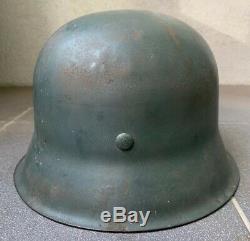 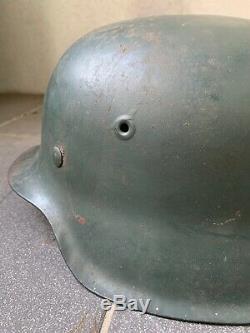 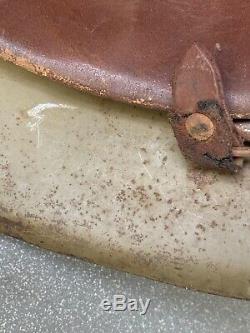 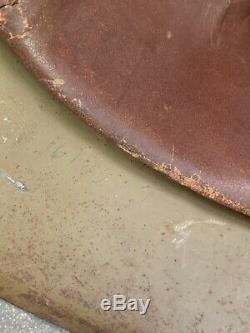 This is a guaranteed original WW2 German Helmet, marked ET66 with a lot number marking of 1921. The liner band is also WW2 German, marked' 66 nA'.

This was a Wehrmacht helmet, worn by a German Army soldier and abandoned upon his surrender in Norway in 1945. After this, it was acquired by Norway and was subsequently re-used by the Norwegian Military.

The Norwegian Army re-painted the entire helmet in the years after the War and added in a new chinstrap, but retained the original german parts from WW2. This'Norwegian re-issued' helmet has the characteristic dark-tanned liner and chinstrap remnants, as well as the beige Norwegian paint on the inner skirt. The helmet is in great shape, with only minor surface rust not one of the rust-covered relics that are all too common! This is an excellent example of a WW2 German helmet that saw an extensive military service life, both during and after the War.

Follow our store to be the first to see new, genuine WW1 and WW2 militaria from around the world, which is listed for sale weekly. At Tasman Military Antiques, all of our items are guaranteed original - - we do NOT sell fake items. I insist on having every item TRACKED. Please be aware of this if you are located outside of Australia! The item "Original WW2 German M42 Helmet & Liner, Norwegian Re-issue" is in sale since Monday, August 10, 2020. This item is in the category "Collectables\Militaria\1939 - 1945 (WWII)". The seller is "tasman_military_antiques" and is located in Melbourne, VIC. This item can be shipped worldwide.