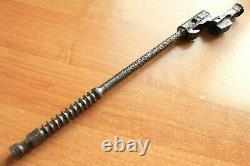 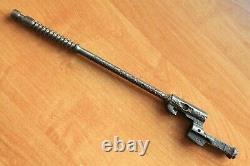 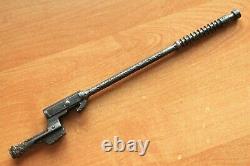 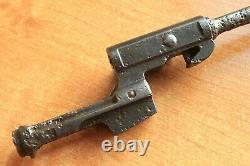 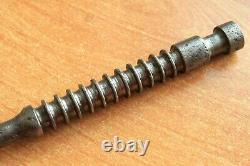 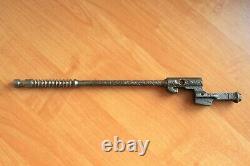 WW2 ORIGINAL NARVA BATTLEFIELD RELIC! The part was found in the forest in the dugout.

The Battle of Narva Bridgehead (Estonian: Narva lahingud; German: Schlacht um den Brückenkopf von Narva; Russian: ; 2 February - 26 July 1944) was the campaign that stalled the Soviet Estonian Operation in the surroundings of the town of Narva for six months. It was the first phase of the Battle of Narva campaign fought at the Eastern Front during World War II, the second phase being the Battle of Tannenberg Line. The Battle of Tannenberg Line (German: Die Schlacht um die Tannenbergstellung; Russian: «») or the Battle of the Blue Hills (Estonian: Sinimägede lahing) was a military engagement between the German Army Detachment "Narwa" and the Soviet Leningrad Front. They fought for the strategically important Narva Isthmus from 25 July - 10 August 1944. I'm a digger and I have many Original Items for sale!

The item "WW2 Original NARVA Battlefield Relic! RARE" is in sale since Tuesday, June 15, 2021. This item is in the category "Collectibles\Militaria\WW II (1939-45)\Original Period Items\Germany\Personal, Field Gear".pathfinder" and is located in Europe. This item can be shipped worldwide.