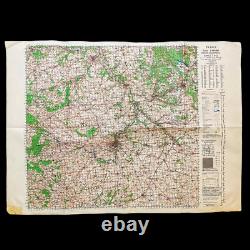 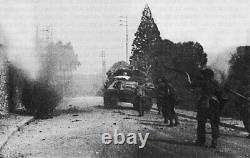 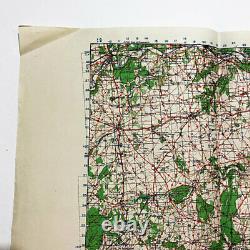 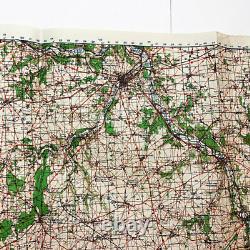 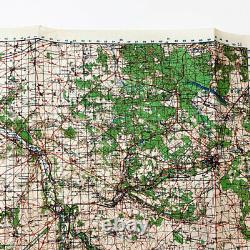 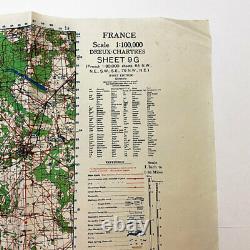 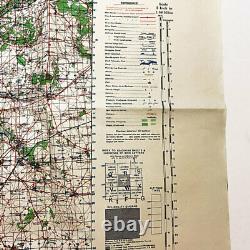 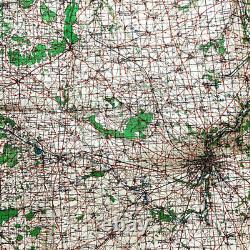 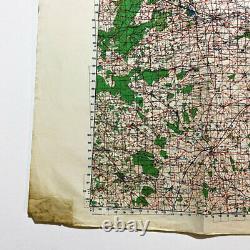 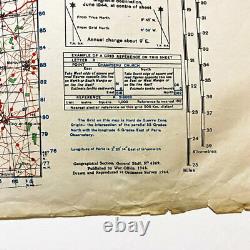 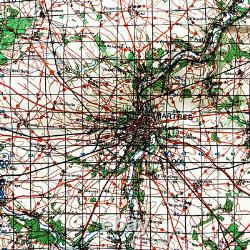 Geographical Section, General Staff, No. 4249 Published by the War Office 1944, 1st Edition. This is a rare full color single side grid U. Map of historic'Chartres' France. This gridded map with coordination numbers would have been utilized by U. Field artillery units in conjunction with ground infantry. As the Allies pushed past the beaches of Normandy Chartres became known as a German "absorption point, " where remnants of units among them the.

And stragglers from the Normandy battlefield. The 1944 map is gridded for triangulation and shows roads and foot paths as well as other major and minor building in the German occupied area. This map would have been used by the field artillery units firing on objective locations. The Second World War, in France, was a battle between the Allies and the Germans.

In July of 1944, the British and Canadians found themselves restrained just south of Caen. The Americans and their five divisions planned an alternative route to the Germans. While some Americans headed west and south, others found themselves in a sweep east of Caen that lead them behind the frontline of the German forces. Hitler ordered the German Commissioner, Kluge, to head west to cut off the Americans. This ultimately lead the Allies to Chartres in mid August of 1944.

As the Americans approached Chartres, they believed that Chartres Cathedral was being used by the enemy. The belief was that the steeples and towers were being used as a range for artillery. The cathedral needed to be destroyed. Colonel Welborn Barton Griffith, Jr. Was ordered to enter the building to confirm the belief. It was not true and Chartres Cathedral did not get destroyed. This item is in the category "Collectibles\Militaria\WW II (1939-45)\Original Period Items\United States\Field Gear, Equipment". The seller is "premierrelics" and is located in this country: US. This item can be shipped worldwide.