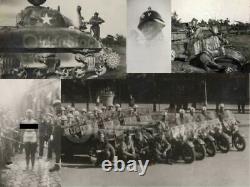 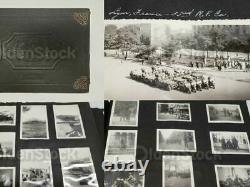 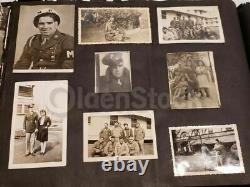 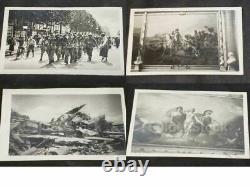 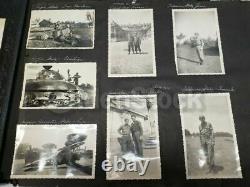 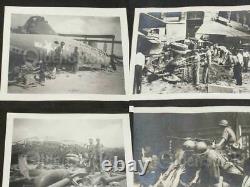 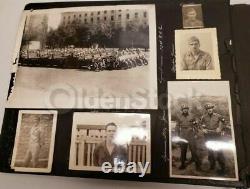 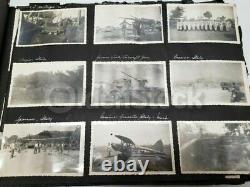 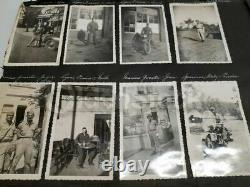 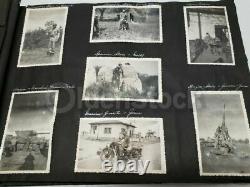 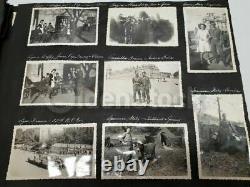 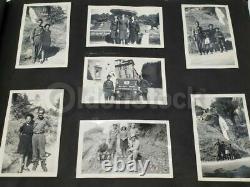 Over 300 original snapshot photos, including. A graphic image of a female Nazi sympathizer, exposed and branded by a public mob. Many Military Police jeep and motorcycles photos, including a large group photo. Bombed out buildings, tanks, and downed aircraft. Servicemen and women in uniform and out, some at work and some at play.

Amatuer snapshots of historic artworks, paintings, and sculptures. Album measures roughly 12 x 15 inches, with some pages loose and some with edge tears. Black censor bar on German sympathizer photo is on the digital image only, not the original. This item is in the category "Collectibles\Militaria\WW II (1939-45)\Original Period Items\United States\Photographs". The seller is "k-townconsignments" and is located in this country: US.