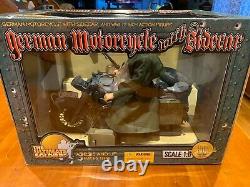 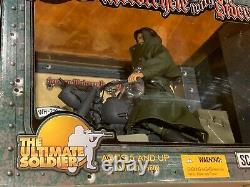 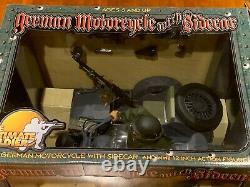 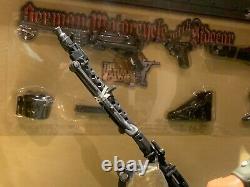 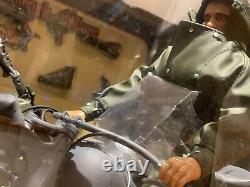 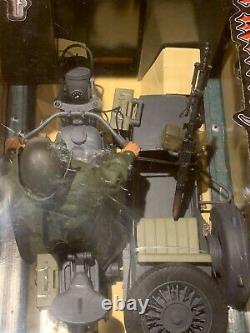 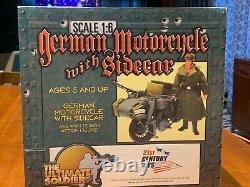 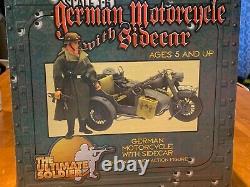 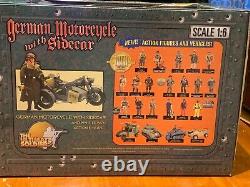 21st Century Toys helped usher in the renaissance of the 12 action figure genre in the late 1990s. They produced a ton of high quality, realistic figures, accessories and vehicles. The German motorcycle comes with.

In this set comes with one figure, but has seats for three - the driver, a passenger behind the driver and a passenger in the sidecar. An appealing feature of the side car is the attached machine gun, the MG34 - known as Hitler's buzz saw due to the high rate of fire. The Machine gun also comes with a bipod so it can be used dismounted. Driver is dressed in full German uniform and has a long overcoat. Set comes with a smaller machine gun, luger with holster and some potato mashers (hand grenades).

This set is brand new and has never been opened. Contents are in mint condition. Even the box is in fantastic condition, showing little to no shelf wear. The only issue that I can report is that one of the motorcyle's side bags has detached from the bike. It appears that one of the small clear rubber bands that holds the saddlebags in place has disintegrated, and the side bag is loose inside the unopened box.