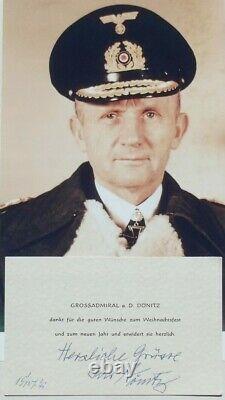 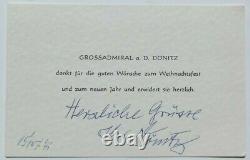 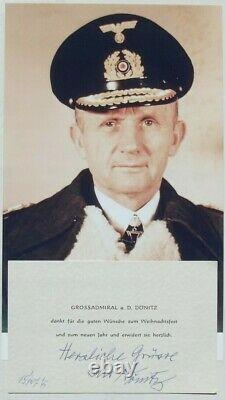 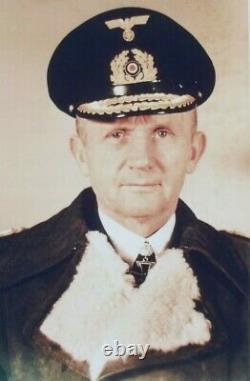 On April 30, 1945, in accordance with Hitler's last will and testament he was named President of Germany and Commander of all German Forces. On May 6, 1945, he ordered the surrender of all German forces thus ending World War II in Europe. After the war he was found guilty''crimes against peace'' at the Nuremberg Trials and was sentenced to ten years in prison and was released in 1956. The card contains his rank and name in type and is nicely signed''Heartfelt Greetings, Yours Donitz'' and dated''19/04/71 in blue felt pen. The card measures 6.00 x 4.00 inches and is in fine condition. The autograph is authentic, hand signed and is a desirable example of this prominent World War II German naval commander and is ideal for display. We have a nice collection of military, aviation, explorers, political and astronaut autographs. The following is a sample of our inventory, Harry Houdini, Marilyn Monroe, George Custer, Elvis Presley, U.