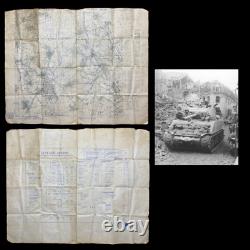 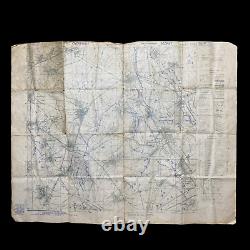 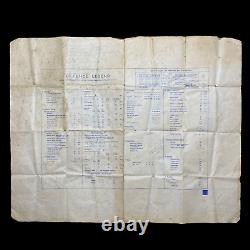 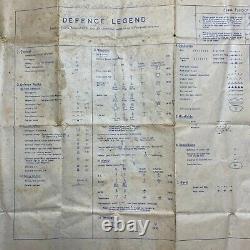 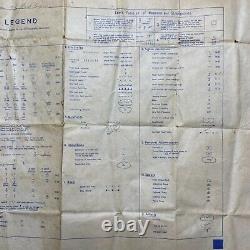 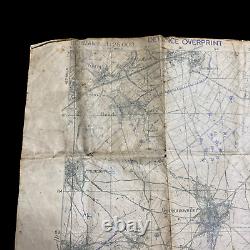 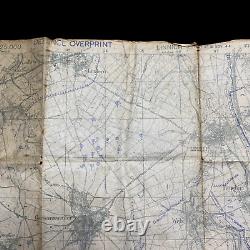 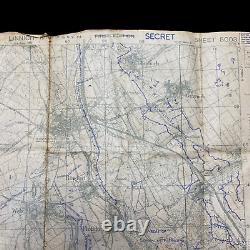 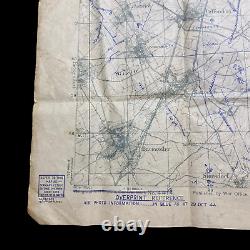 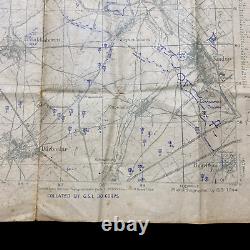 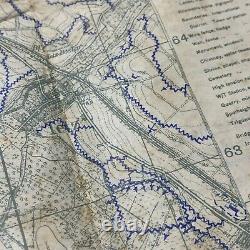 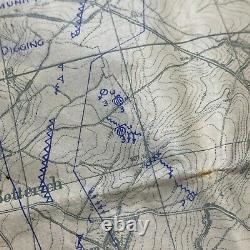 This incredibly rare and museum-grade WWII U. Army "SECRET - GERMAN DEFENSES" double-sided map was used during the infamous Operation Queen with the objective. Maps marked SECRET are extremely rare with very low print counts. These were used by very important divisional officers and commanders in the specific operational area. This SECRET map of the German defences are meant to provide infantry and.

Divisions with the most SECRET and updated information for operational assaults against German defenses. What makes this WWII map so incredibly sought after is the incredibly rare SECRET overprint of German defenses using air photograph interpretation as of October 29th, 1944 (less than one month before the operation commenced). These overprint assault maps were vital to U.

Infantry and Armored Divisions in the area to plan attacks against the German and Panzer troops in the area. The back side of the map denotes the SECRET symbols that mark the exact locations of German artillery emplacements, machine gun bunkers, anti-tank ditches, pillboxes, etc. Maps marked SECRET were done so when they were being actively used in that specific theater of operation, meaning that this map was not an operational planning map and was however a strategic and objective map used on the battlefield. SECRET maps contained highly sensitive information so it was very important these never we captured and fell into German hands. These SECRET overprint defenses maps are extremely rare as not many were printed or survived. These maps were overprinted "IN THEATER" based on the most updated Allied aerial intelligence photo over that specific region.

A great deal of secrecy and intelligence went into the planning, preparation, and distribution of this map. This map was distributed to higher ranking soldiers and was imperative to not have captured or fall into enemy hands. It is believed that less than ten Operation Queen German defense overprints still exist.

Queen' was a US offensive by Lieutenant General Omar N. Army Group on the Rur (Roer in French and Dutch) River and Siegfreid Line in western Germany as a staging point for a subsequent thrust over the river to the Rhine river and thus deeper into Germany (16 November/15 December 1944). The offensive commenced on 16 November 1944 with one of the heaviest Allied tactical bombings of the war.

However, the Allied advance was unexpectedly slow, against heavy German resistance, especially in the Hürtgen Forest through which the main thrust of the offensive was carried out. By mid-December, the Allies finally reached the Rur and tried to capture its important dams, when the Germans launched their own offensive, dubbed. The ensuing Battle of the Bulge led to the immediate cessation of Allied offensive efforts into Germany until February 1945. Linnich and Operation Queen Background. In June 1944, the Allies conducted the invasion in Northern France and opened a new front.

After the Allied breakout from Normandy, the German. Was involved in a string of disastrous battles in July and August, most notably the Falaise pocket.

Following those events, the German defense in northern and western France disintegrated, leading to a hasty retreat of the German forces. The rapid Allied advance together with the ongoing march of the Red Army in the east let the Allied High command believe that the Wehrmacht was about to collapse and total victory could be achieved by Christmas 1944. The Allies, therefore, launched a high-risk plan for a direct thrust through the Netherlands into Germany, called Operation Market Garden. This overly ambitious plan failed, as the Wehrmacht was able to reorganize itself and consolidate its strength. By mid-September, the Allied advance abruptly ended, as the Allies suffered from a logistics crisis, outrunning their supply lines.

This gave the Germans further time to prepare for the upcoming Allied offensives. The Germans now could man the fortifications of the. (Siegfried Line), although its old bunkers were more symbolic than a real obstacle for the Allies. This item is in the category "Collectibles\Militaria\WW II (1939-45)\Original Period Items\United States\Field Gear, Equipment".

The seller is "premierrelics" and is located in this country: US. This item can be shipped worldwide.